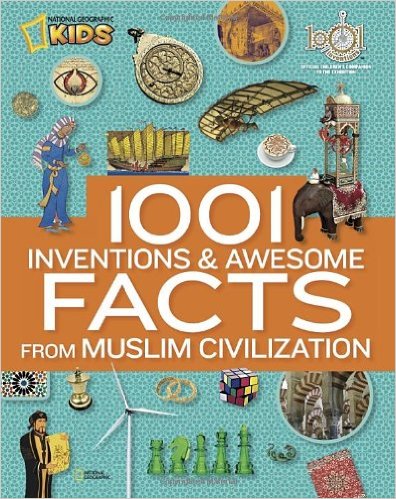 Summary: We often think that people from a thousand years ago were living in the Dark Ages. But from the 7th century onward in Muslim civilization there were amazing advances and inventions that still influence our everyday lives. People living in the Muslim world saw what the Egyptians, Chinese, Indians, Greek, and Romans had discovered and spent the next one thousand years adding new developments and ideas. Inventors created marvels like the elephant water clock, explorers drew detailed maps of the world, women made scientific breakthroughs and founded universities, architects built huge domes larger than anywhere else on earth, astronomers mapped the stars and so much more! This book takes the wining formula of facts, photos, and fun, and applies it to this companion book to the 1001 Inventions exhibit from the Foundation for Science, Technology, and Civilization. Each page is packed with information on this little-known history, but also shows how it still applies to our world today.

Our thoughts: 1001 Inventions and Awesome Facts from Muslim Civilization (National Geographic Kids) is a very concise account of the Muslim civilization thousands of years ago to today’s world. Many harmless things you would classify as bidat because it’s widely done by non-Muslims these days actually came from the Muslim world. It’s a must read. The contribution of Muslim minds and scientists is palpable in almost every field today from surgery to agriculture, from cosmetics to fashion, from entertainment to optics to warfare, you name it! It’s truly revolutionary.